Three of our scripted shows head to Starzplay

Starzplay will soon air several Fremantle scripted series including the critically-acclaimed We Are Who We Are, the gripping thriller No Man’s Land and the poignant drama The Attaché.

We Are Who We Are (coming to Starzplay in Switzerland, Austria, Belgium, Germany, France, Luxembourg and Netherlands) is written by the acclaimed filmmaker Luca Guadagnino, and from The Apartment and Wildside – both Fremantle companies. It tells the story of two American kids who live on a U.S. military base in Italy. The series explores friendship, first-love, identity, and immerses the audience in all the messy exhilaration and anguish of being a teenager – a story which could happen anywhere in the world, but in this case, happens in this little slice of America in Italy.

No Man’s Land, (coming to Starzplay in Austria, Belgium, Brazil, Germany, France, India “SAARC,” Ireland, Italy, Latin America, Luxembourg, Netherlands, Switzerland and the United Kingdom) dives into the depths of the Syrian civil war through the eyes of Antoine, a young French man, in search for his estranged, presumed to be dead sister. While unraveling the mystery, piece by piece, Antoine ends up joining forces with a unit of Kurdish female fighters, fierce women and ISIS’ biggest nightmare, and the ragtag group of international idealists who have travelled to help them fight.

With adventurers, anarchists, spies and innocent victims, No Man’s Land paints an acute portrait of the men and women caught in this global conflict and provides a unique look on the tragic events in Syria, and the way they affect the entire world.

The Attaché, (coming to Starzplay in Austria, Belgium, Brazil, France, Ireland, Italy, Germany, Latin America, Luxembourg, Netherlands, Spain, Switzerland and the United Kingdom) tells the enthralling story of Avshalom, an Israeli Jewish man of Moroccan descent, a successful musician who relocates to Paris for his wife Annabelle’s new job as the Attaché to the Israeli embassy in Paris. Becoming an anonymous immigrant in a foreign land soon takes on a new meaning as Avshalom arrives on the same day as the largest terror attack in French history. Their dream romantic year abroad quickly turns into a nightmare – a marital crisis in the eternal capital of romance, a personal immigration crisis in the heart of Europe, and a crisis of masculinity and fatherhood. It is produced by Abot Hameiri, a Fremantle company based in Israel. 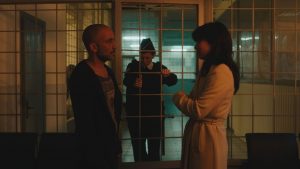 “All three of these shows from Fremantle’s talented production partners tell culturally relevant stories for modern audiences, making them a perfect fit for Starzplay’s premium and in-demand content offering” said Jamie Lynn, EVP, Head of EMEA Distribution, Fremantle. “They have already received fantastic international acclaim, so we are confident that they will continue to see success in Starzplay’s territories.”

Neighbours to return to television on Amazon Freevee